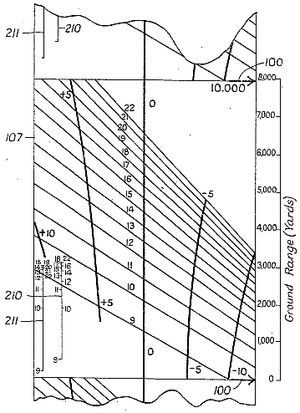 "Gunnery calculators. -In apparatus for obtaining fire control values for anti-aircraft guns the values, such as the fuze and deflection indications, are determined by members whose movements are functions of two independent variables for each of a series of discontinuous values of a third variable ..."